Agdia, Inc. (Elkhart, IN) is happy to announce the commercialization of assays for detection of Rhizoctonia solani on ELISA and ImmunoStrip® platforms.

Rhizoctonia solani is a necrotrophic fungal pathogen known to inhabit soils throughout most of the planet’s arable regions.  It survives as a strong saprobe but can cause severe disease on numerous economically important crops, including alfalfa, canola, corn, cotton, cucumber, lettuce, potato, soybean, sugar beet, tobacco, tomato, turfgrass and several species of herbaceous and woody ornamentals.

Rhizoctonia solani was first described in 1858 causing disease on potato tubers.  Since then, several species of Rhizoctonia have been identified; however, R. solani is conserved as the type species within the genus.  The genus nomenclature is derived from Greek which translates to “root murder,” while solani refers the Solanaceae family of plants to which potato belongs.  Taxonomically, R. solani exists as a species complex, and isolates are delimited into anastomosis groups (AGs) based on their ability to exchange genetic material via hyphal fusion (anastomosis).  Moreover, each AG can be subdivided according to characteristics such as infection strategy and host range.

Members of the R. solani complex utilize diverse infection strategies, causing multiple symptomologies on numerous plant species and organs.  Diseases include damping-off of seedlings (figures 1. and 2.), root rots and stem lesions (figure 3.), fruit rots, crater rots and black scurf on potato tubers.  Initial infections with these diseases occur in the root zone or at the soil line.  Fruit rots, bottom rots and belly rots are prevalent on organs that remain on or near the soil, including fruits produced by cucurbits, tomatoes and brassica heads.  These diseases, depending on host, are typically catastrophic to the market product.  Symptoms of patch diseases on cool-season and warm-season turfgrasses caused by R. solani include straw-colored lesions on and dieback of individual leaves, respectively.  On close-cut turf, collective infections advance outward radially forming a characteristic patch within the stand (figure 4.). Long-distance dispersal of R. solani takes place via the movement of sclerotia in infested soil on tools and farm equipment.  Moreover, infected propagative materials such as bulbs, corms, tubers and seed can serve as vehicles of widespread dissemination.  Localized spread of sclerotia and hyphae occurs via splashing water, flooding and wind-blown soil.  Rhizoctonia solani is not known to produce asexual spores in nature. Management of R. solani is difficult due to its persistence in soil and expansive host range.  Fungicide pot drenches on greenhouse crops and turf applications of fungicides can be effective at limiting local epidemics.  Moreover, seed and tuber treatments combined with cultural practices such as planting time and water management are utilized with success for many field crops, including corn, potato and soybean.  Nevertheless, fungicide applications across large acreages are typically ineffective and impractical.  All fungicide treatments and applications increase production costs and must be repeated under high disease pressure to maintain plant health.  Current genetic resistance to this pathogen is scarce, and its role in management is limited overall.  Therefore, exclusion of R. solani through diagnostic testing of plant materials is paramount to managing its spread in many crops.

Agdia states their new ELISA and ImmunoStrip® products for detection of Rhizoctonia solani were screened against a diverse group of isolates representing several anastomosis groups, including AG1, AG2, AG3, AG4 and AG5, detecting all true positives.  Moreover, no cross reactivity was observed with Fusarium spp., Phytophthora spp., Pythium spp. or Thielaviopsis basicola.  Both assays were developed to be used on leaf, root, seed, stem and pure culture.

Agdia’s ImmunoStrip® platform provides end-users with unparalleled utility; samples can be tested in the field or lab by those having no previous diagnostic experience, and results are visualized within no more than 30 minutes.  The ELISA platform has been used for more than 50 years and is widespread throughout the plant diagnostic community.  It is a trusted, lab-based diagnostic that offers unparalleled cost efficiency in high-throughput applications.

ImmunoStrip® is a registered trademark of Agdia, Inc. 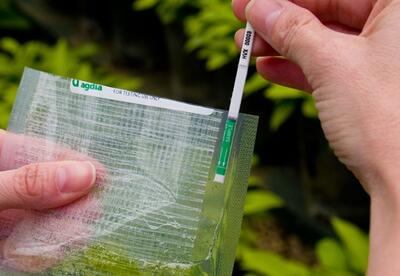 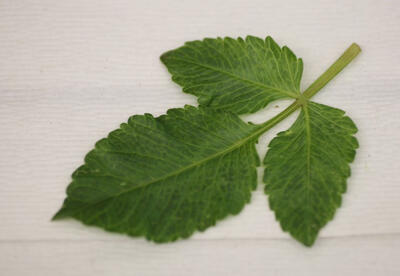 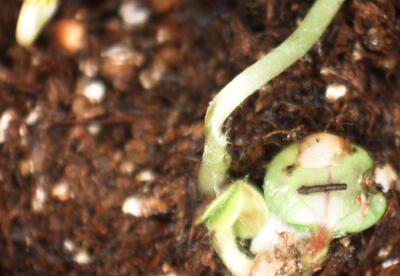 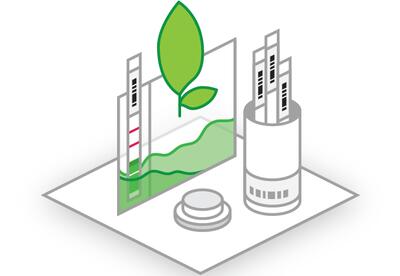