Agdia, Inc. (Elkhart, IN) is proud to announce the commercialization of a rapid DNA-based assay, on their AmplifyRP® XRT platform, for the detection and identification of Fusarium odoratissimum Tropical Race 4, formerly known as Fusarium oxysporum formae specialis cubense Tropical Race 4 (Foc TR4).

Bananas (Musa species) are among the world’s most valuable agricultural commodities in terms of both economics and sustenance.  They are produced year-round in 135 countries and territories across the tropics and sub-tropics.  More than 20 million metric tons of the yellow fruit were exported in 2019, with the United States being the largest importer by country.  Bananas are paramount sources of foreign currency for the countries/regions leading in export, with an international market value of approximately ten billion USD annually.

Vascular wilt of banana, or Panama disease is caused by the soil-borne ascomycete fungus Fusarium odoratissimum Tropical Race 4.  The history of Panama disease is linked to the early banana trade and the ‘Gros Michel’ variety, on which export markets were based.  The name Panama disease refers to the first reports of damage from export plantations in Panama in 1890.

Race 1 of this pathogen is virulent on the ‘Gros Michel’ variety and made production difficult to impossible in many regions.  This made the market transition to our current Cavendish varieties necessary in the middle of the 20th century.  In the 1990’s, the previously unknown F. odoratissimum TR4 began to devastate Cavendish plantations in Southeast Asia.  Since then, TR4 has spread throughout Asia, to Africa, Australia and parts of South America.  It is a widely disseminated banana pathogen and threatens to devastate banana production on a global scale.  The Cavendish varieties account for nearly 50% of total banana production, and nearly all fruit entering international markets are within this subgroup.

The internal symptom of Fusarium wilt is reddish to dark brown discoloration of the vascular system, starting in the roots, moving to the rhizome and eventually the pseudostem.  External symptoms present as yellowing and collapse of the oldest leaves.  Wilted leaves will snap at the petiole base and hang from the plant.  Eventually, all leaves collapse and detach from the pseudostem.  Splitting of the pseudostem base is another common diagnostic symptom.

Infected rhizomes and suckers are the primary and most efficient means of spread. Typically, new plantations are established via rhizomes or suckers, and both can be latently infected for four months.  Surface waters can be infested with F. odoratissimum, and irrigation from these sources is responsible for pathogen dissemination along river basins.  Finally, infective propagules are transported on contaminated tools, farm equipment, clothing and footwear.

As a facultative parasite, F. odoratissimum can persist in plantation soils for decades; twenty to thirty years is typical.  Chlamydospores persist in infested soils as dormant survival structures, and mycelia can persist in crop debris.  This makes crop rotation ineffective for management of this pathogen.  Moreover, fungicide treatments will not eliminate the fungus from soils, and repeated treatments can lead to resistant populations.  Finally, existing banana varieties have been identified that have varying levels of Panama disease resistance and perform well in different areas.  Nevertheless, these selections typically lack the desired attributes such as flavor, fruit size and bunch weight exhibited by Cavendish varieties.

Exclusion of this pathogen through rapid containment is the only viable management option for growers.  This makes the diagnostic testing of propagative materials such as rhizomes and suckers paramount to plantation establishment and banana cultivation.  Diagnosis based solely on fungal morphology is unreliable due to the ubiquitous nature of non-pathogenic Fusarium species.  Moreover, identification to species and race requires the targeting of specific genetic sequences not possible with serological assays.  For this reason, a highly specific, robust molecular diagnostic assay is essential.  Finally, the remote nature of many plantations combined with the need to identify infections at farm level, make the field-based usability of a diagnostic product indispensable.

Agdia’s new AmplifyRP® XRT assay for detection of  F. odoratissimum TR4 is based on recombinase polymerase amplification (RPA).  This technology promotes the rapid amplification and detection of nucleic acid targets, DNA or RNA, while maintaining a single operating temperature of 39 – 42 oC.  The AmplifyRP® XRT products achieve target sensitivity and specificity comparable to PCR, while having clear advantages over the lab-based technology.  AmplifyRP® XRT products do not require a nucleic acid purification step; crude sample extracts are prepared using a simple extraction buffer and tested directly.  This makes the testing process simple and saves the end user valuable time.  Moreover, this facilitates the implementation of this technology at remote locations with limited resources.  When paired with Agdia’s AmpliFire® isothermal fluorometer, the XRT system is a rapid, user-friendly tool that can be implemented in the field or the lab by personnel with limited experience in molecular diagnostics.

Agdia states their assay is specific to F. odoratissimum TR4 and was screened against a diverse collection of confirmed isolates from multiple vegetative compatibility groups, showing 100% accuracy in detection of true positives.  Moreover, it exhibited no cross-reactivity with races 1, 2, 3 or Sub-Tropical race 4 (STR4).  The specificity panel also included several species of Fusarium not associated with vascular wilt and additional soil-borne pathogens, such as Rhizoctonia, Phytophthora and Pythium.  According to Agdia, their new assay is as sensitive as the published qPCR assay and exhibits higher sensitivity than the published conventional PCR assay against which it was tested.  This assay contains an internal control and was developed to be used with root, rhizome, stem, leaf tissue or fungal cultures.

AmplifyRP® XRT and AmplifyRP® Acceler8® test kits employ recombinase polymerase amplification (RPA) technology licensed by Agdia, Inc (licensee) from TwistDx Limited, U.K (licensor).  Use of the RPA process and probe technologies are protected by US patents 7,270,981 B2, 7,399,590 B2, 7,435,561 B2, 7,485,428 B2 and foreign equivalents in addition to pending patents.

AmplifyRP® and AmpliFire® are registered trademarks of Agdia, Inc. 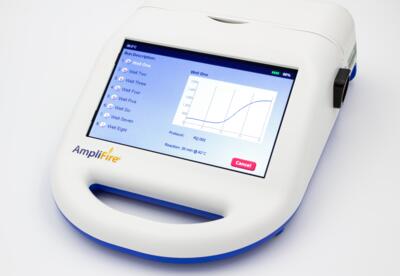 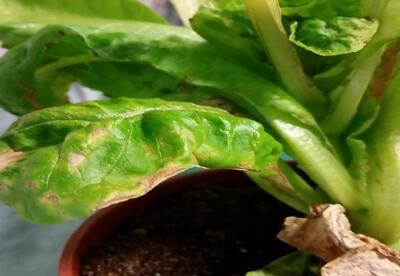 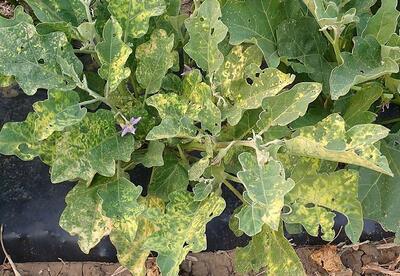 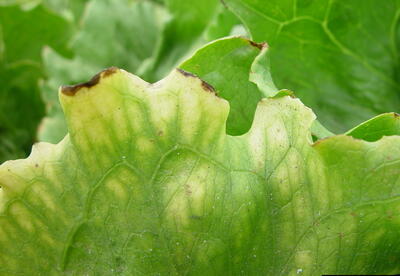